The AmioFit Race from Land’s End to John o’Groats

The nights were getting lighter and the days were getting warmer and were keen to encourage our team to get active and get those miles logged.

We split the those who joined the challenge into three teams. Any activity that could be recorded with a distance via Strava was counted. Formulas were used to level out the mileage between activities. Walking was the base activity, running miles were divided by two and cycling/static bike activities were divided by four. Each team’s daily miles and progress on the route were plotted on a map. The route chosen covered as many long-distance pathways as possible totaling 1130 miles: https://www.landsendjohnogroats.info/route/. The first Team to reach John o’Groats would win the challenge!

Along the way, the teams ‘stopped off’ at various iconic places:

Day 1: The first day results took Team A to Trewavas Mine on the South coast of Cornwall 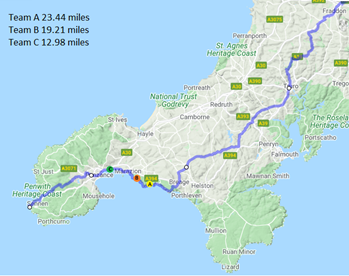 From here we progressed through the South West onto the Cotswolds, Penines and by the beginning of June all teams were into the Yorkshire Dales.

Day 23: Team B arrive at the Tan Hill in which is the highest pub in Britain at 1,732 feet above sea level 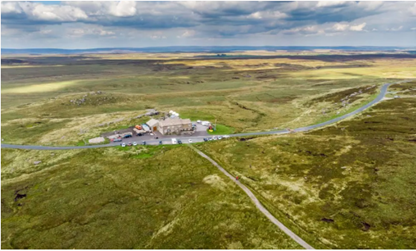 Day 38: Teams were well into Scotland where we passed Glasgow, onwards to BenNevis then Loch Ness 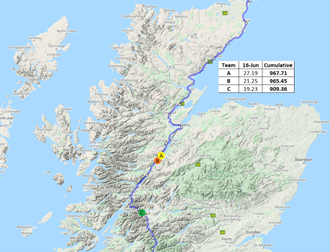 Unfortunately, by this point Team C dropped back but it was still very close between Teams A and B and with just a few hours in it on 22nd June Team B crossed the virtual finish line first. They covered an average of 25.6 miles a day! The participants all really enjoyed the event and already thinking up the next challenge! 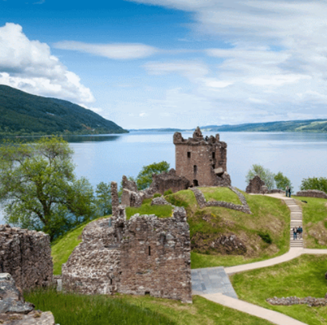