On Wednesday 24th June two members of the Amiosec Team visited Denmark Road High School for their Annual Cyber Day, where they set up and delivered various cryptography activities. Lasting 20 minutes each, these sessions ran throughout the course of the day with Year 8 students, delivering to a total of around 150 students.

Amiosec started the sessions with an overview of cryptography including its principles, why it is used, and examples of how and when it is used. The team were pleasantly surprised by the number of students who had a good understanding of cryptography, which was fantastic and demonstrated the school’s commitment to computer science and cyber studies.

The students were divided into groups of four or five students and were then shown to the workstations where the activities had been set up. The activities started with an introduction informing the students of an undercover enemy spy at the school and how it was their job to reveal their identity by completing the activities and various ciphers.

There were five activities in total. The first activity was the logical wires box activity. The box had ten sockets (two rows of five, top and bottom) and an LED in the corner. There were five wires (one black, one yellow, two green and one blue), along with a set of clues as to the order in which the wires needed to be plugged in (black must be left of blue, greens can’t be next to each other etc). The LED lit up once the wires had been plugged in correctly.

On the wires for this activity were pig pen symbols, which, when the wires were in the correct order, would spell a five-letter word. The students were given a leaflet about pig pen ciphers (including history, how they work etc), and a chart to help them convert the symbols on the wires to letters. Once complete, the first word was revealed (CLASS).

The next activity was a scytale cipher with three differently sized batons of wood and a long strip of paper with jumbled up letters on. Prior to the class, the Amiosec team had encoded a message by wrapping the strip of paper around one of the batons and writing a word but then hiding it by writing random letters on other lines as the baton was rotated. The students were given the batons, a strip of ciphertext, and an information sheet about scytale ciphers (history, examples, how they work etc.). The students then attempted to decode the word by trying to wrap the strip of paper around the different batons until they got the right size and could make out a word on the paper once it was wrapped. This gave them their second word (TEACHER).

The next activity was stop the clock. There was a micro-controller with a start, stop and reset button. The students had to press the start button which began a timer from 0 to 99 and then had to try and stop the timer on the number 73. When successful, a coloured LED lit up (blue). They were given a lookup chart which converted the colours to a number (8). This number then became the “shift” for the Caesar cipher. This activity was a particular favourite with students enjoying the challenge of trying to stop the timer on 73. Some students even attempted this challenge without looking for extra “cool” points with their friends!

The final activity was a Caesar cipher. The teams were provided with an explanation as to how Caesar ciphers work and their history. They were given an information sheet, a piece of ciphertext and a Caesar wheel, which is a wheel containing two alphabets – one on an inner wheel and one on an outer wheel. The inner wheel was the ciphertext and the outer wheel was plain text. By turning the inner wheel by the “shift number” (8) that was revealed in the stop the clock activity, the students were able to convert to plain text and reveal their final word (COMPUTING). The three words unscrambled were “COMPUTING CLASS TEACHER”. This was their teacher who had hosted the Cyber Day. The groups who successfully completed the challenge were given an Amiosec pin badge.

Groups that finished early were given blank strips or pages of paper so that they could try writing their own messages using the different ciphers to give to their friends. Some left encoded messages for other groups to decode. Those that finished the activities enjoyed writing their own messages for their friends and asking some questions about ciphers and modern-day cryptography. Some students seemed particularly interested in using the ciphers to pass secret messages in class!

Overall, it was a great day supporting the Annual Cyber Day at Denmark Road High School. The feedback was positive and students seemed to have a great day learning all about cryptography. Hopefully this sparked an interest in STEM and continuing STEM subjects at GCSE level. We look forward to visiting the school again in the future for another cyber day! 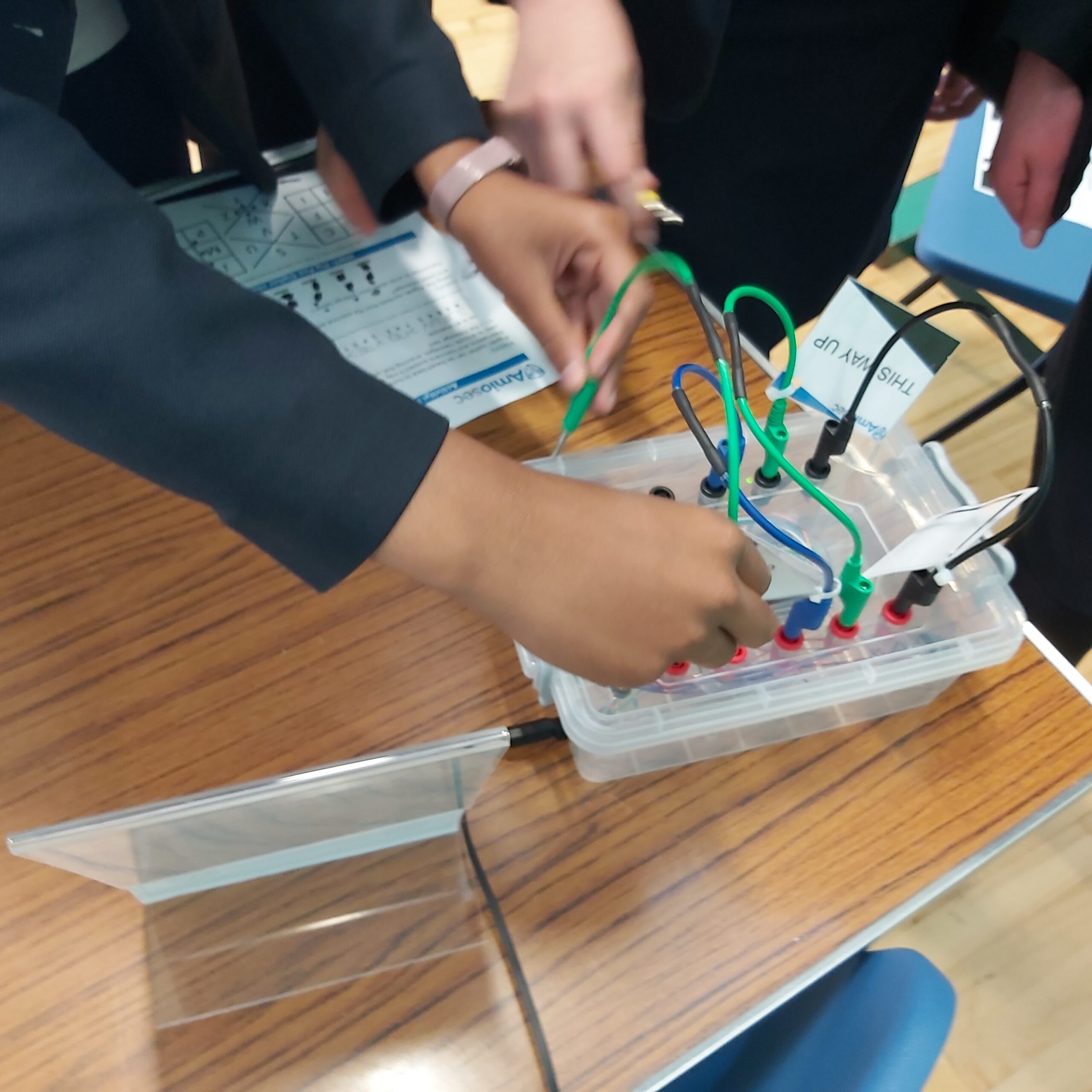 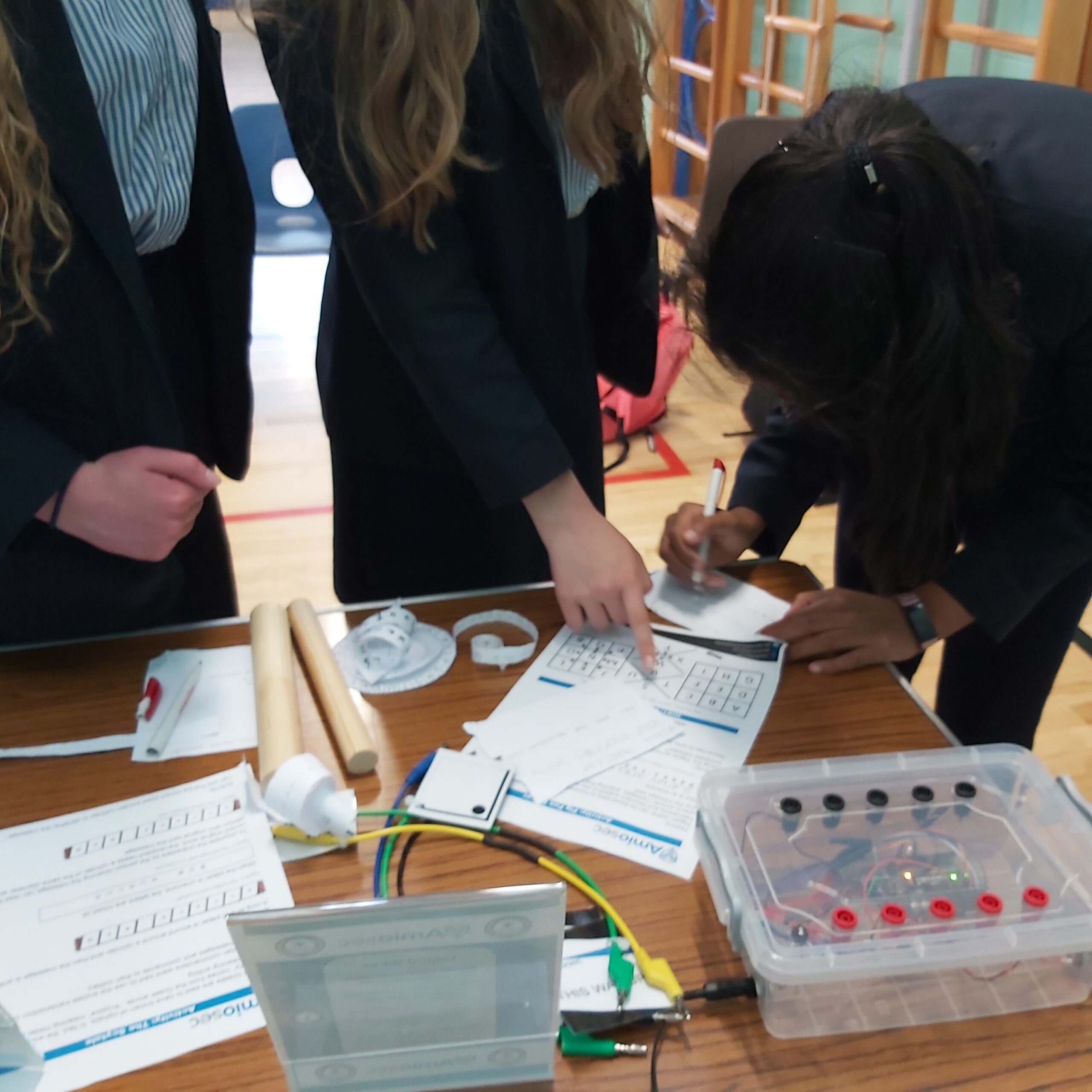 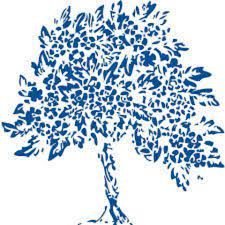